In lots of shapes and sizes.

Mine has four legs

And a lot of orange fur.

He tells me life is great

With the world’s loudest purr….

Well, they’re not in it for the food

Not in it for the money.

Just give their chin a scratch,

Let them sleep where it’s sunny.

You don’t need a turtle

Or a gerbil or a bunny

They make the very best friends.

Such was the opinion of Norm Hacking (1950-2007), who–according to his website–was “a determinedly-independent folk singer-songwriter from Toronto, Ontario, Canada, who for more than thirty years has been winning loyal fans and critical acclaim for his beautifully crafted songs, with moving and often humorous insights into life, love, songwriting – and cats!” Norm’s “Orange Cats Make the Very Best Friends” is a very appropriate theme song for me.

I know that my mom has always had a special place in her heart for orange cats. In her earliest childhood, her parents had two cats, one of whom (Tangy) was an orange cat. In 1976, she adopted a pair of siblings, Boop’m Honker and Chipitts. Honker, the male, was orange. Mom’s next orange cat was Snickers, He came from a family at church and lived to the ripe old age of 19, crossing the Rainbow Bridge early in 2005. Eight years later, I joined the family. I am special in another way as well: I am a polydactyl kitty, Mom’s first one ever.

My website was dedicated to orange cats–whether apricot or peach, buff or copper, marmalade or ginger, butterscotch or caramel, cream or some other shade of orange–everywhere.

P.S. Since I crossed the Rainbow Bridge in November 2016, Mom did not have the heart to keep up a website in my name, so she brought the “guts” of it here to my feline family’s website. This way I will not be forgotten. 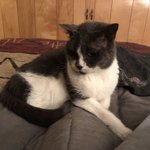 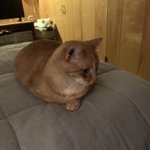 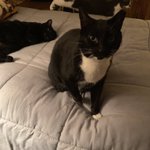